Built in stone or in steel, bridges in Iran are much more than just structures joining two edges of landmass. I have visited such two of the most admired bridges, one from 1600 AD and the other built in 2014. Both built centuries apart carries the same thought, bring people together and building a community. 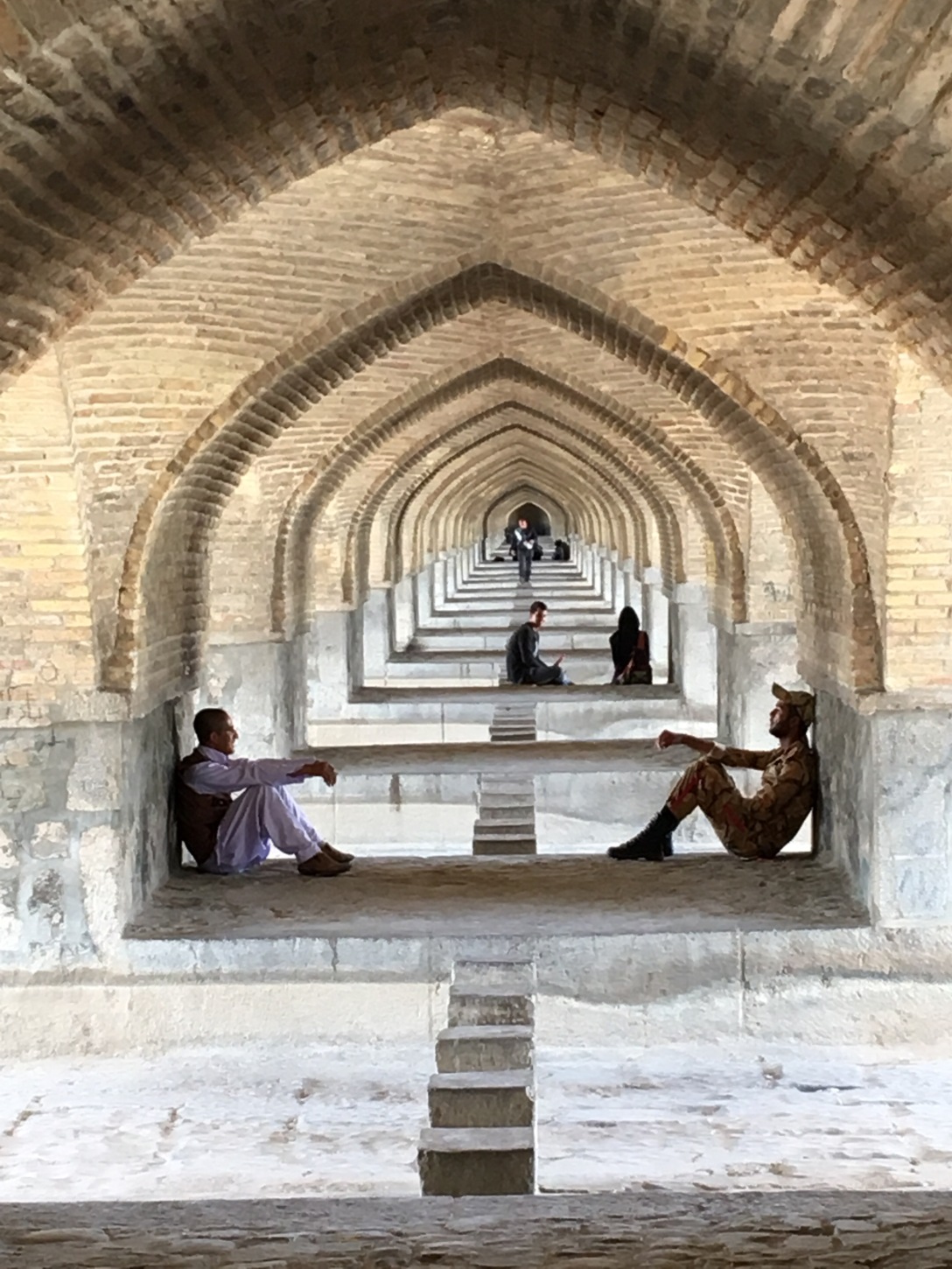 The world famous 33 arch bridge called Siosepol in Iran has been my point of interest after watching the Anthony Bordain show. Here I must mention that my decision to visit the country was purely taken after watching his show on Iran. Must confess am a great fan of his travel shows because he manages to go beyond the merely visual structures and manages to show the socio-cultural fabric of a place.

Built in 1602 AD, Siosepol is one of its kind double arched bridge on Zayendeh River in Isfahan. It is flanked by parks and gardens on both sides, the Siosepol is surely a historical marvel to go for in the southern Iranian city of Isfahan.  This bridge with high walls and two levels of space for social activities and not just transporting people. At various times of the day groups can be seen resting underneath discussing life or just resting or even singing in groups. Well the singing bit we saw in the TV show only. There used to be a cafe at one end of the bridge but nothing of that exists now. 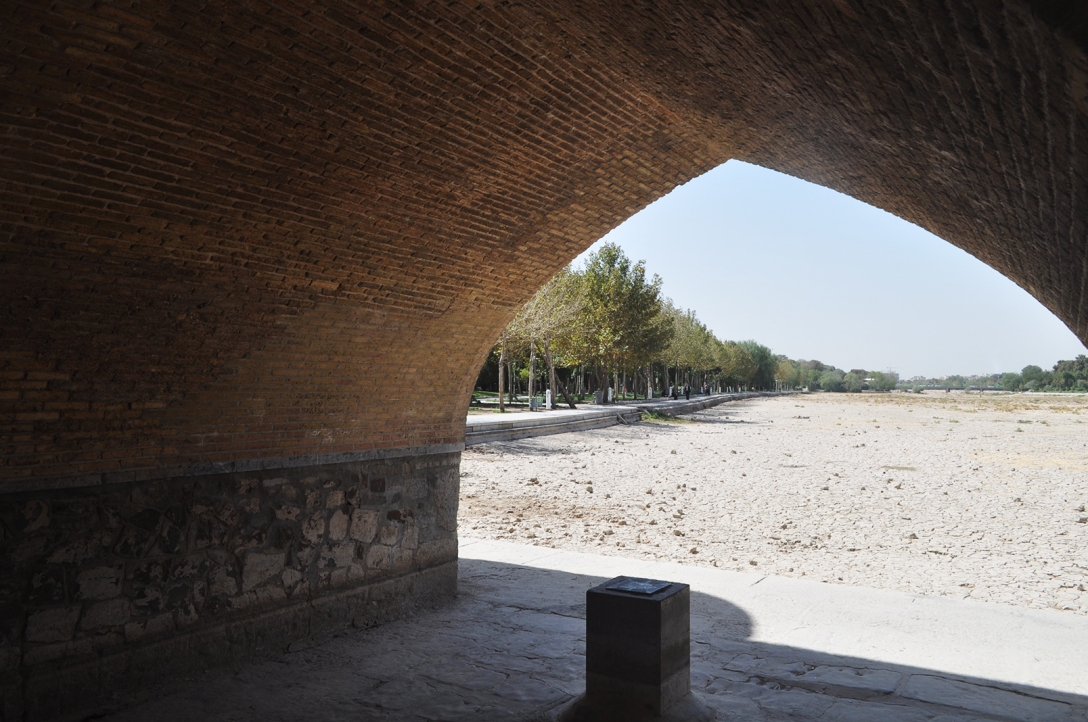 Another bridge to linger around stands in Tehran but this time its a post modern architecture and made of steel and bolts. Its the same old Iranian love for bridges but the design is completely new. Since am not a fan of modern architecture we didn’t pay heed to another travellers high recommendation of this place. But then the end of our trip we had an extra day free and decided to visit this bridge.

Tabiat bridge or Pol-e-Tabiat stands proud amongst the modern world structures, according to my opinion. Located in the northern Tehran in area called Abbas Abad, this is a 270 metre long bridge. Built by a 26 yr old architect Leila Araghian in 2014, this bridge connects Abo Atash Park to the Taleghani Park. Needless to say the Persians carry on the tradition of building exquisite landscaped gardens in these parks as well. Below the bridge is the Modaress Highway.

Get off at the Taleghani metro and walk in to the park…. Don’t be in a hurry but just enjoy the park which is actually a hill. Climbing up and down that hill in a hurry is a good cardio exercise. On the top of the park there is a café meant for a quick chai break.  The park built on a hill is a perfect picnic spot with barbecue stands in all shapes and sizes installed at strategic locations. Shaded sit-outs makes the park a perfect place for families to spend more time in this area. Just follow the winding up and down paths lined with wooden blocks and you will reach the bridge. Even on a hot summer day it’s quite shaded and being on a great altitude its quite breezy.

Unlike any other bridge this one is not a straight line bridge. Its has three levels, one for walking, biking and running, one level which has viewing deck and another level for cafes. All three levels are connected by ramps and stairs.

And unlike any other bridge it’s a place to linger around with friends and family, sit on the benches or go up the viewing deck and take a look at the vast expanse of the city skyline. There are cafes and diners at each end of the bridge but they are on a higher level. Standing on the viewing decks one gets a beautiful view of the Alborz mountains which towers beyond the Tehran city skyline.

To allow maximum walking space the wooden walking deck is in a gentle S-shape for so that bikers don’t speed up and hurt the walking crowd. At the Abo Atash Park side of the bridge there is a glass domed auditorium/ gallery also.

Both Tabiat Bridge and Siosepol confirms the love of Iranians for building community spaces, even if it means building a bridge which is just for pedestrians.