Persia, as we have read in our history books has influenced vastly the culture of Indian subcontinent. So my trip to Iran was an attempt to visit this impressive civilisation against all odds to discover the arts and its makers in their own land. Once we landed we realised that the fear or the threat to not enter this terrain was not from any external environment but it comes from within us. One of the most beautiful countries with the most open hearted people, my trips did expose many facts that surprised us or even amused us sometimes.

Time to cover up

In Iran the dress code for women visitors is to cover their elbows, knees and cover their head. Being an Indian I simply wore my salwar kameez (knee length top and pants) and my colourful stoles. The finer points in here is that you don’t need to cover your hair but cover your head. Hence a headscarf is also a fashionable accessory and one can keep it above their head without minimum effort. Also body clinging dresses are not allowed but long shirts and and knee length tops work fine and you can pair it with slim ankle length pants and high heels (a lot of Iranians do). Most women wear body contoured waist coasts/ trench coats or jackets and slim fit pants or jeans below. Wearing makeup is not a taboo so don’t shy away from carrying your make-up box and the brighter the lipstick the better it is!  For men there’s only one restriction, knees have to be covered but there is no harm in walking around in fitting/body hugging shirts and T-shirts. 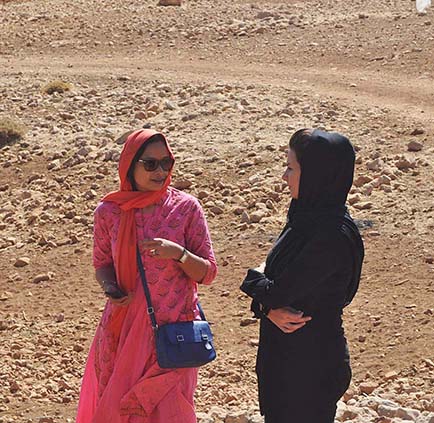 Guests are welcome everywhere in this country and the same goes for tourists in a mosque or a religious procession. We stood in the crowd of a Muharram procession, in our coloured clothes, amongst a sea of ppl wearing their mourning blacks but nobody did even wink an eye. I was allowed in some of the most holy shrines without even been asked about my name or religion.  All I had to do was wear a ‘chador’.  The shrine officials very gracefully provided me a chador and were indeed very happy to know that we came all the way from ‘hindustaan’!

Bus travel in Iran is very safe and cheap. The best companies are Iran Peyma, Humsafar and Seiro Safar. They are into two types of  ‘Mahmooli’ and ‘VIP’. The earlier one runs every other hour or two hour but the VIP ones run a fewer services so booking in advance is advisable. In VIP buses the seats are spaced out like airline 1st class seats which flat out fully. An AC bus has only 45 seats so that everyone gets their leg space. The moment you start your journey, you will give you a box full of snacks and the water dispenser is kept in the middle of the bus. The left side of the bus has single seats and double seats are on the right. A lot of single travellers including women choose to use the highway to reach other cities. So women can travel at night all by themselves! 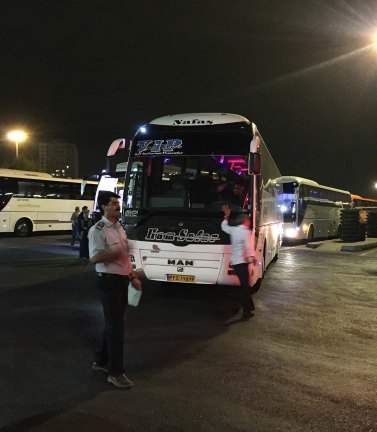 No water below the bridge!

Iran has no monsoon season and it hardly rains in most parts. So if you are hoping to see a gushing river flowing down the Poi Pol bridge in Isfahaan then you should come here from March through May. Most of the rivers get their water post-winter when the snow melts in the mountains and thus arrives the spring season.

Muharrum, a mourning period for the Iranians is a 10-11 day long ritual when everything shuts on the last two days. Mostly people wear black to mark this period of mourning. The country also pays respects and remembers its martyrs during this time. Every evening the main roads intersections sees men marching with drums and live singers and its quiet humbling to watch. Neighbourhood crowd will gather to see the march and sing along with them. Unlike many other Muharrum processions there is nothing bloody about these as they carry small chain bunches and do a symbolic flogging act. Some street corners stage plays depicting the story of Muharram. The last two days are the most important ones for prayers hence all the restaurants, big and small, shut down their front doors while they cook food and distribute it packed to every passerby. One can see people queuing up in front of the famous eating houses and waiting patiently. Some influential families also pack home cooked food and distribute it on the streets. 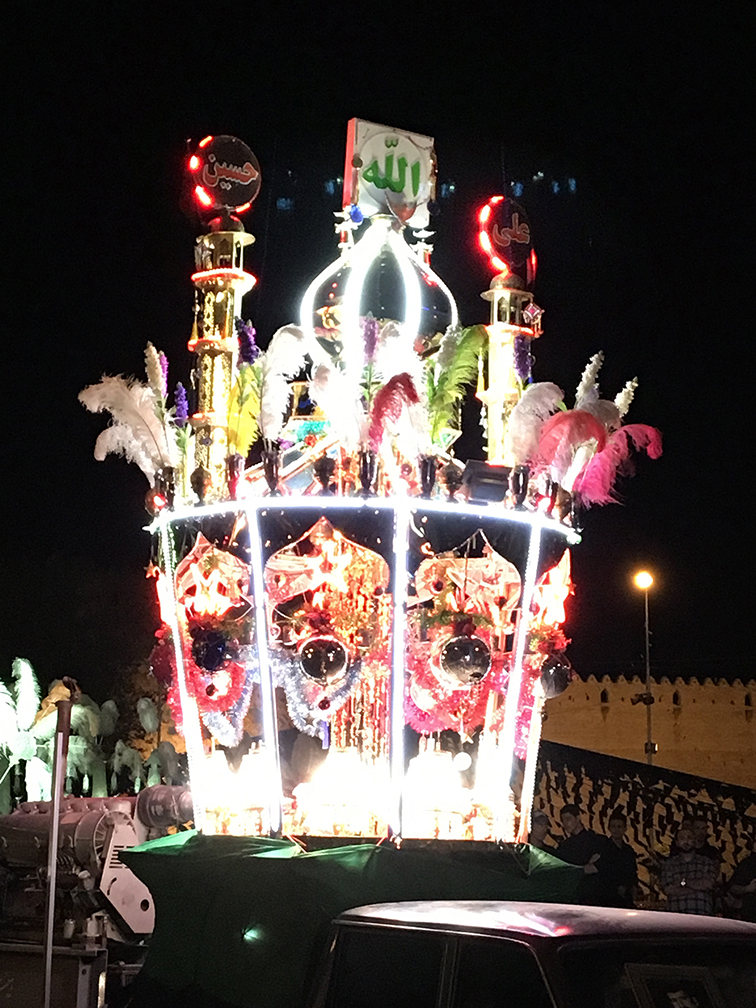 Nomads can be fake too!

Iran has about 2 million nomads and my stay with the Qashqai tribe (coming in another blog), which is one of the largest tribe, made it very clear that they travel only twice a year and only with a change of season. They go down south towards the Persian gulf looking for warmer climes and greener pastures during winter and then move up north towards Shiraz during summers. So depending on the season of your travel you can meet them closer or farther from shiraz and stay with them for a night. But Bahman told me that a lot of tour companies do nomad camps type of setup and fool the tourist by showing them a staged Qashqai life using local villagers and by hiring some local village livestock. So beware of such trips!!

The city and its streets

The country has well managed highways armed with cameras and highway-police monitoring vehicle checking speeding vehicles at every mile. The police does frequently halt passenger vehicles to check for licenses and other papers. Infrastructure of  even the smaller city streets is commendable. Here are some random clicks of the various city streets we passed by.

5 thoughts on “IRAN: Uncovering the facts”